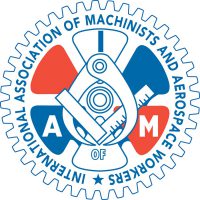 National negotiations between the freight railroads in national negotiations and the IAM Coalition remain stalled, hostage to the carriers’ unremitting demands for major concessionary changes to the healthcare plan. Negotiations began in January of 2015.  IAM invoked mediation in October 2015.  The parties have met regularly since then under the auspices of the National Mediation Board.  No progress has been made.

Each side has exchanged voluminous information, with the carriers emphasizing what they consider to be the high costs of the national health insurance plan relative to other industries, including non-union.  The IAM coalition has stressed how much the plan design savings from the last contract have gone to hold down costs, that employees are paying enough now, and that comparing us to non-union industries, is a non-starter.  The parties also remain far apart on wages.  And, at a recent session, the carriers added a host of concessionary work rule demands to their agenda.

The IAM Coalition consists of TCU Carmen and Clerks, IBEW, and TWU.  Two other coalitions are also meeting.  One consists of ATDA, BLET, BRS, IBB, NCFO-SEIU and SMART-Transportation (UTU).  The other consists of BMWED and SMART-Mechanical (Sheet Metal).  We are in regular contact with both coalitions and both report no progress.  Until now, neither has been in mediation.

The election of President Trump puts the prospect of a Presidential Emergency Board into the distant future.  A whole new National Mediation Board will have to be appointed and confirmed and it’s expected that process will take many months.  From the beginning, both sides said they prefer a voluntary settlement, but the gap in health care expectations continues to make that problematic.

On the bright side, our last contract provided for a 3% general wage increase on the first day of the new contract (January 1, 2015).  And it also provided for a freeze of a $198 monthly employee contribution for one and a half years past the contract’s duration, an unprecedented accomplishment.  The contract also provided that, on July 1, 2016, there would be a one-time increase reflecting the employee’s 15% cost share at that time.  That amount came to $228.89.

The good news is that the $228.89 monthly contribution cannot be increased until a new contract is reached.  (One of the IAM Coalition’s demands is that the amount remains frozen in the upcoming contract as well.)

If there were no freeze, employees would begin paying on January 1, 2017, 15% of the increased health insurance costs, which have been determined to be $261.37 a month.  The freeze will save every member $32.48 a month during 2017.  If no contract is reached in 2017, the freeze will remain in place, but the cost of the plan will again go up, all of which will be borne by the carriers.

The parties will be conferring in January to set up a next meeting date, which will be the first since the presidential and congressional elections.  We will keep you apprised as negotiations proceed.