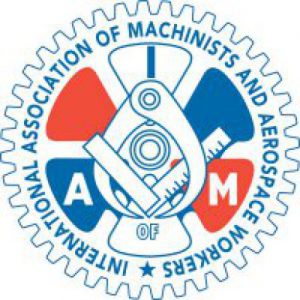 A tentative National Agreement has been reached by the six Rail Unions who comprise the Coordinated Bargaining Group (CBG). Details are set forth in their Press Release attached.

These six Unions are now in the process of submitting the tentative agreement to the specific ratification process of each Union. This is a major development in a long and contentious bargaining round with the industry. While the IAM is not a part of the CBG, the tentative agreement will undoubtedly form the basis of any agreement we are able to reach. Historically, an agreement reached by a Union or Unions in National Negotiations forms the basis of subsequent agreements by other Unions. Moreover, its contents have been the subject of much discussion in Negotiations.

Sincerely and fraternally yours,

Independence, Ohio, October 5 — Rail Unions making up the Coordinated Bargaining Group (CBG) announced today that they have reached a Tentative National Agreement with the Nation’s Freight Rail Carriers. The CBG is comprised of six unions: the American Train Dispatchers Association; the Brotherhood of Locomotive Engineers and Trainmen (a Division of the Rail Conference of the

Brotherhood of Boilermakers, Iron Ship Builders, Blacksmiths, Forgers, and Helpers; the National Conference of Firemen and Oilers / SEIU; and the Transportation Division of the International Association of Sheet Metal, Air, Rail and Transportation Workers (SMART TD).

On Wednesday, October 4th, the CBG’s full Negotiating Team met in Independence, Ohio for a review of the terms of the proposed voluntary agreement. Following that review, each of the CBG Unions’ Negotiating Teams unanimously endorsed the Tentative Agreement. On Thursday, October 5th, the involved General Chairpersons of SMART T D, BRS and BLET met as well and those groups also unanimously endorsed the Tentative Agreement for consideration by the respective membership of each Union.

The Tentative Agreement, which will be submitted to the memberships of each involved Union in the coming weeks, includes an immediate wage increase of 4%, with an additional 2.5% six months later on July 1, 2018 and an additional 3% one year later on July 1, 2019. In addition, wage increases of 2% effective July 1, 2016 and another 2% effective July 1, 2017 will be fully retroactive through implementation, for a compounded increase of 9.84% over an 18-month period and 13.14% over the 5year contract term (this includes the First General Wage Increase of 3% implemented on January 1, 2015).

All benefits existing under the Health and Welfare Plan will remain in effect unchanged and there are no disruptions to the existing healthcare networks. While some employee participation costs are increased, the tentative agreement maintains reasonable maximum out-of-pocket protections for our members. The TA also adds several new benefits to the Health and Welfare Plan for the members of the involved unions and, importantly, it requires that the Rail Carriers will, on average, continue to pay 90% of all of our members’ point of service costs.

On a matter of critical importance, the employees’ monthly premium contribution is frozen at the current rate of $228.89. The frozen rate can only be increased by mutual agreement at the conclusion of negotiations in the next round of bargaining that begins on 1/1/2020.

In addition, the CBG steadfastly refused to accept the carriers’ demands for changes to work rules that would have imposed significant negative impacts on every one of our members. As a result of that rejection, the Tentative Agreement provides for absolutely no changes in work rules for any of the involved unions.

“This Tentative Agreement provides real wage increases over and above inflation, health care cost increases far below what the carriers were demanding, freezes our monthly health plan cost contribution at the current level, provides significant retroactive pay and imposes no changes to any of our work rules,” said the CBG Union Presidents. “This is a very positive outcome for a very difficult round of negotiations. We look forward to presenting the Tentative Agreement to our respective memberships for their consideration.”

Collectively, the CBG unions represent more than 85,000 railroad workers covered by the various organizations’ national agreements, and comprise over 58% of the workforce that will be impacted by the outcome of the current bargaining round.