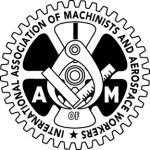 Individual Development and Personal Accountability Policy for Operating Craft Employees
Effective Date: 7/8/17 Purpose CSXT values all contract employees as members of the CSXT team, realizes that their professional development and well-being is a critical element in CSXT’s continued success, and strives to treat them with respect and fairness in accordance with labor agreements.

This policy is designed to provide employees an opportunity to improve and succeed through a measured, open, and just process as the company addresses violations of company rules in an appropriate and effective manner. No provision of this policy shall be applied or interpreted in a manner inconsistent with federal or state law.

Responsibilities CSXT expects all employees to be safe, conscientious, and dependable; to comply with rules; and display a positive attitude toward teamwork and company objectives.
CSXT intends to continue to provide a safe work environment in which all employees can experience meaningful work and contribute to the team’s success. CSXT requires managers to provide fair and consistent treatment to all employees under their charge and to use alternatives to formal discipline whenever appropriate.
General Guidelines Procedures for non-major offenses are addressed in Part I of this policy. Incidents of a more egregious nature are addressed in Part II. The examples listed in Parts I and II are illustrative only and not intended to limit appropriate handling for other significant offenses that may warrant corrective or disciplinary action, up to and, including dismissal.

FRA Revocation Events If an incident is covered by FRA certification regulations, in addition to the terms and conditions of this policy, the involved employee is also subject to the applicable FRA regulations and any federally mandated revocation time period. Based upon the employee’s record, acceptance of responsibility, and the employee’s work history, Division Management may elect to provide the employee with additional training for up to one-half of the time the certification is revoked, consistent with federal requirements.

Non-major offenses are defined as rule violations, poor performance or violation of CSXT’s policies, practices or procedures that do not result in derailment or damage to equipment and that are not otherwise identified individually in Part II of this policy. A single non-major offense not identified in Part II of this policy will not be considered sufficient to warrant dismissal. Subsequent non-major offenses within a three (3) year period will be handled progressively. An employee who commits three (3) different non-major offenses within a period of three (3) years of compensated active service may be subject to dismissal. Additionally, because repeated rule or policy offenses are concerning and require more significant handling, employees violating the same rule within the three (3) year rolling period will be considered repeat offenders and will be handled in accordance with Part II of the policy below.

Managers will retain the discretion to handle appropriate non-critical matters through informal coaching.

Third (3rd) and subsequent*** Formal hearing under collective bargaining agreement and, if found guilty of the offense, thirty (30) days actual suspension or dismissal. * Time Frame: Three (3) year rolling period ** If the second non-major offense is the same as the first non-major offense, the individual will be handled in accordance with Part II of the policy. *** In cases where employee was out of service in excess of 30 days and discipline is less than dismissal, Time-served will be assessed

Major offenses are those that warrant removal from service pending a formal hearing and possible dismissal from service for a single occurrence if proven responsible.

The following are examples of major offenses and are for illustrative purposes only and are not intended to limit the handling of other offenses that are considered major: • Rule violations resulting in a major operating incident or a FRA reportable accident or incident • Any FRA revocation event identified in 49 CFR Parts 240 and 242 • Speeding 10 MPH or greater above authorized speed limit for on-track equipment • Occupying track without authority • Stop signal violations • Blue Flag violations • Making material false statements or concealing material facts concerning matters under investigation
• Altercations • Theft • Rule G violations • Violations of the Violence in the Workplace, Harassment, Code of Ethics or Social Media Policies • Insubordination • Dishonesty • Significant loss or damage to equipment or property • Willful neglect or other acts of blatant disregard for the rights of employees or the company, and acts that cause harm to other persons or recklessly endanger the safety of employees or the public. • Repeat offenders of the same rule violation within three (3) year period

Progression Chart for Major Offenses Incident Discipline First (1st) Removal from service and dismissal or thirty (30) days actual suspension (In cases where employee was out of service in excess of thirty (30) days and discipline is less than dismissal, Time-Served will be assessed)

Part III: Personal Injury Handling There will be no formal hearings solely to investigate an individual’s personal injury. Formal hearings may be held to address any rule violations that an employee may have committed, whether those violations occurred during, at the same time as, or in connection with the incident that resulted in the injury or not; such investigations shall not be considered an investigation of an individual’s personal injury. An employee shall not be disciplined for suffering an injury, or for timely and honestly reporting an injury. An employee’s injury record will not be considered in determining the appropriate discipline for a rule violation. Failure to comply with CSXT’s Employee Operating Manual regarding injury reporting will subject the employee to appropriate handling under the IDPAP, depending upon the nature and extent of the deviation from policy, and the underlying circumstances of the failure to comply.