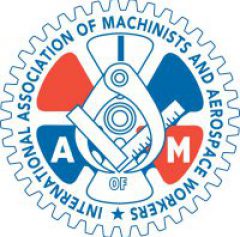 First of all, let me start by saying I am glad to see some initiative by our union on behalf of our members. This statement was posted on 4-20-2017 on District 19’s site: “BNSF is currently in the process of closing the Murray Shop in Kansas City and reducing forces at Glendive, MT. The reductions consist of 29 Machinists at Murray and 25 at Glendive. Currently BNSF has 26 openings at various locations which will be offered to affected employees willing to relocate. We are working with the Carrier to assist in relocating the members wishing to do so. Questions may be relayed to your Local Chairman and/or your servicing General Chairman.”

What pisses me off, is the fact that CSX hit two shops, sent there work to other shops on the system and not even a mention. This doesn’t even include the recent downsizing and still nothing from our “leaders”. How come there has been no mention of trying to help these guys with New York Dock? Clearly their work went somewhere on the CSX network. There have been several reports of specific parts of the the work, directly, PTC work, that was transferred to Nashville and guys going to that yard from Erwin and training the Nashville employees there on the PTC work.

I realize nothing may come of this, but I would like to think that our Union has not been completely bought by the carriers. Here’s to hoping  there are a few “Union Men” , furious enough at the atrocities committed by the carriers against it’s employees to finally act.