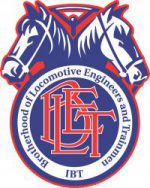 This is a condensed version from the BLET union, please see full article here:

Brotherhood of Locomotive Engineers and Trainmen

A call to arms: Join me in our National Contract fight

(BLET Editor’s Note: The following message from BLET National President Dennis R. Pierce has been excerpted from the November 2016 issue of the Locomotive Engineers and Trainmen News.)

INDEPENDENCE, Ohio, December 26 — In the days leading up to this month’s Newsletter going to print, a major development occurred in our National Negotiations with the nation’s freight carriers. As most of you are aware, on Monday, December 5, 2016, the Unions making up the Coordinated Bargaining Group served notice on the National Mediation Board requesting that they mediate our contract dispute with the freight carriers. It is important that all BLET members understand what has happened with our negotiations to get us to this point, as well as what will happen now that mediation has been invoked, and my message will key on both of those issues. It also is imperative that all BLET members understand the terms and conditions of the Railway Labor Act (RLA) that govern our actions in contract negotiations.

For almost two years, the rail unions in our bargaining group, as well as all other rail unions, have been at the table making every effort to reach an agreement with the freight carriers that would respect the contributions that you make to the carrier’s bottom line.

I am not sharing any new information with BLET’s membership; you have lived through the furloughs and operational changes that your employers have forced upon you. What is important to note in all of this is that history shows us the nation’s railroads will find a way to get back to higher profits, and their actions so far make it more than clear that they intend to do that on the backs of their union-represented employees.

If we can’t achieve a fair and equitable contract that is worthy of your consideration through mediation, the prospects for which seem very slim right now, our bargaining dispute will reach a “final” cooling-off period, after which both sides would have the legal right to exercise self-help. I cannot speak for what the carriers will do when they gain that right, but I can assure you that I am convinced that the only leverage that we have is the economic strength of a strike. When we legally reach that point, I fully intend to authorize that strike, and to join the membership on the picket line as we all act in solidarity.

Should that occur, I will be calling on all affected BLET members to join in our efforts as our strength is in our numbers. Having said all this, there is one piece that we must all recognize. Under the RLA, without Congressional involvement, there is only one person who can take away our legal right to exercise our economic strength through striking. That person is the President of the United States of America, and the President exercises his right to do so by appointing a Presidential Emergency Board. When the time comes, I will be personally calling on President-Elect Trump not to interfere in our dispute with the carriers. I also will be asking all of you to do the same.

As I have said in the past, I cannot guarantee the outcome of this dispute, but I can guarantee you that your National Negotiating Team is working for you and we will fight the carriers’ attempt to force you under a substandard contract with every ounce of our energy.