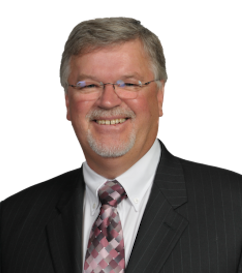 We met with the Carriers in contract negotiations again on June 5, 2018 at the National Mediation Board in Washington DC. The NMB Board Chairman Gerald Fauth, Member Kyle Fortson and Member Linda Puchala also attended this round of negotiations.

The Carriers proposed to us the same agreement that we have voted down. However, they added to this agreement a Health & Welfare “true-up” of $73.24 per month per employee starting with February 1, 2018 and continuing until such time that we ratify the agreement. We made several counter proposals centered around the Health & Welfare increase in cost, the true-up and penalty. The Carriers flat out rejected all our counter proposals. Once again, the Carriers told us that their position of “pattern bargaining” was strengthened by the award received from the Carriers vs BMWE & SMART arbitration and by the ratification of the tentative agreement with the IBEW. We left this round of negotiations without a tentative agreement, and therefore there is no tentative agreement in place at this time. This also means that all the terms of an agreement are still negotiable.

The IBEW and the Carriers will be presenting their positions on the Carriers’ proposed health care true-up and penalty payment to an Arbitration Board. This Board is presently being established, with the hearing to be held this month with a decision to come from the Board shortly after the hearing ends. We will follow up when the Board is scheduled to convene, and the hearing has concluded. We will also inform you of the Arbitrator’s decision once it has been rendered.

Since we can’t predict how the arbitrator will rule, our best course of action at this point is to wait until the arbitrator has rendered his/her decision. It is possible that the arbitrator could rule in favor of the IBEW. If the arbitrator should rule in favor of the IBEW, then this will give us a stronger argument against the health and welfare true-up and penalty.
As I said earlier, we expect this arbitration process to be concluded by the end of this month, or by the first week of July at the latest. Once we have this decision we will reevaluate our position and determine what our next course of action will be. Thank you for your support, solidarity and patience during this very difficult round of negotiations.